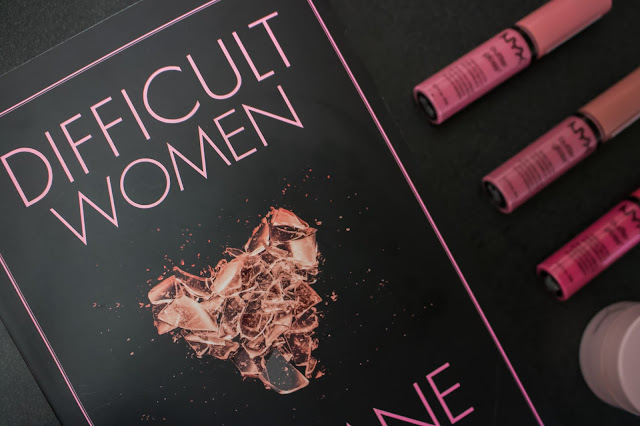 I'm excited about today's post because it's a book talk for 21 books! Kidding! It is for Roxane Gay's Difficult Women which a collection of short stories, but I'm not going to go deep into every single story. Today, we're discussing three of my favorite and in my opinion, the most thought-provoking stories.

If you've never heard of Roxane Gay or Difficult Women, here is a brief backstory: Roxane Gay is an award-winning writer, well-known for her collection of essays, Bad Feminist. She's a modern-day Renaissance woman, in that she does a bit of everything. Gay has written a screenplay, a memoir, a Marvel comic series, and many works of fiction. Difficult Women is a collection of short stories centered on women (who may be labeled "difficult") and their varying stories.

I Will Follow You
I love that this story opens the book because it's my favorite of them all. Without giving it away, the main characters are sisters who are a year apart and inseparable, to a fault. You quickly understand the nature of their relationship, but it's one of the deepest and heartwarming fiction sister relationships I've ever read. The closest I can compare it to is the sisters in Jeanette Walls' The Silver Star. It resonates with me so much because I have a sister who's close to my age, and even though our relationship is nothing like the one in the story, it's close to home. More than that, as an older sibling it makes me think, what would I do for your sister?

Water, All Its Weight
From the beginning, this story confused me because there's magical realism at play. The focuses on a woman who is haunted by water, that has ruined every relationship she's had. I love that there are so many different interpretations of the water and how it's a character itself. I went to a discussion group for this book and was introduced to a number of different things that the water may represent. My initial thought was that it had to do with poverty, because of some of the details at the beginning of the story. However, it is easy to see how the water could represent depression, anxiety, and a number of other mental illnesses. Better yet, at the end of the story, I had a residual feeling of confliction. Where do you draw the line between doing what's best for yourself and being conscious of other people's feelings? How do you balance your own sanity with another person's feelings?

The Mark of Cain
I could not do a post on Difficult Women without mentioning this story. This is confusing, so bear with me: the protagonist of the story is married to Caleb, who has an identical twin named Jacob, but thinking that she can't tell the difference Caleb and Jacob tend to switch places. The kicker is that she can tell the difference between the two, but she's "the kind of woman who doesn't mind indulging the deception". Throughout the story, she navigates what it's like to be in a relationship both Caleb and Jacob, which of the two is her favorite, and why she puts up with them. At first read, I thought the story was about a crazy woman—and that's kind of the point. However, I was introduced to the idea that Caleb and Jacob are this woman's way of coping with an abusive husband, one of them is the sweet man that she fell in love with and the other is a mean, violent, drunk. Rereading the story through that lens is enlightening and heartbreaking at the same time.

Those are my three favorites from Difficult Women, but if you're looking for something lighter I suggest "Open Marriage". "Why A Crazy Woman Is Misunderstood" is another favorite and the most relatable thing I've ever read. I recommend Difficult Women to everyone because even if the story isn't your style, the writing and perspective will make it worth your time.

Have you read Difficult Women? If so, which story is your favorite? Thanks for reading, xx Lauren