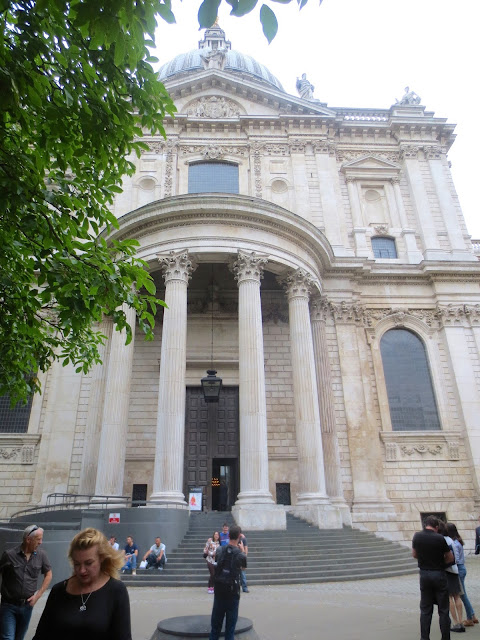 side view from gardens

As you may know, today - Monday- was our last full day in London. You may be thinking "Wow! Only 3 days in London, what a short trip?!" (I've been getting it a lot from friends), but our family prefers shorter vacations, it's a personal thing. Any who, today was by far our most busy day, so I'l stop with this into and get right into the post! 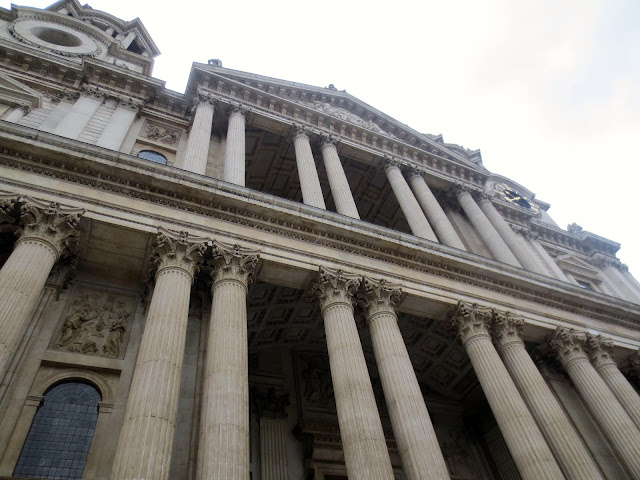 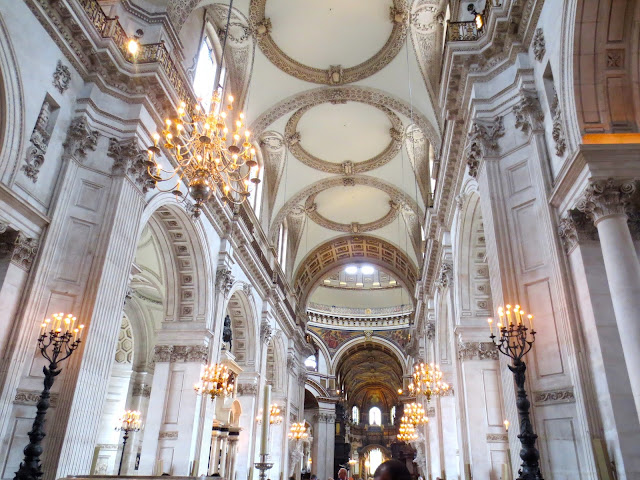 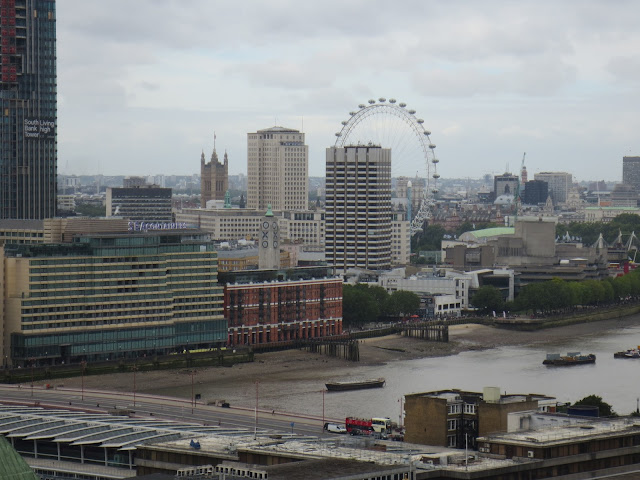 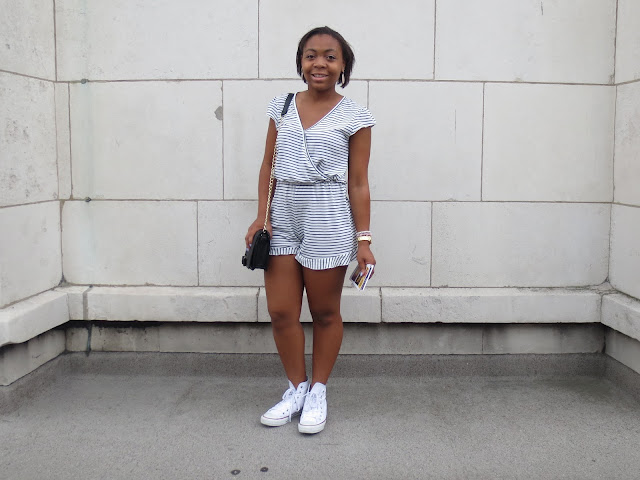 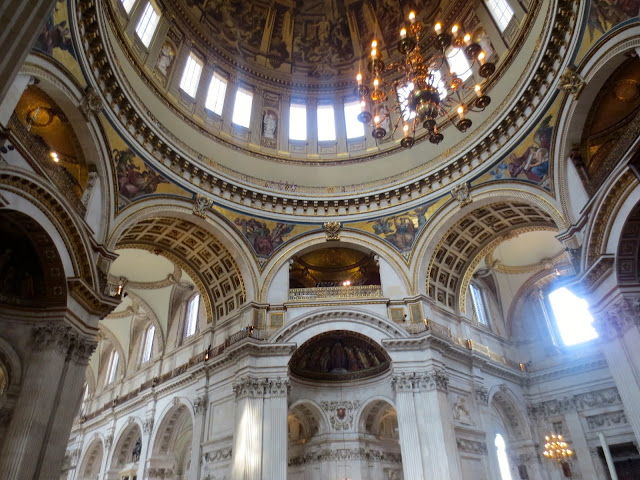 Once again, we woke up at 7:00 AM and ate breakfast downstairs at the hotel so we could be getting out at 10 AM. We started our day by taking the tube down to St. Paul's Cathedral. The cathedral was beautiful, and I enjoyed way much more than I anticipated. We climbed way too many 528 stairs up to the Golden Gallery, where we could see the entire city from 11 meters up (I would like to point out that I have a small fear of heights, so this was personally quite impressive). The stairs were SUCH a hassle, and extremely tiring, but the view was 100% worth it in the end. St. Paul's Cathedral also features a crypt, as well as a hall dedicated to the American soldiers who helped G.B. during WW2. The area features 3 stained glass panels with flags from all of the states, as well as a book with the names of all the soldiers who died dedicating their lives to help their allies. Seeing this part of the cathedral in person was breathtaking, and hard to take in a the book was filled with over 18,000 (don't quote me on that, I'm pretty sure that's what the guide said) names. 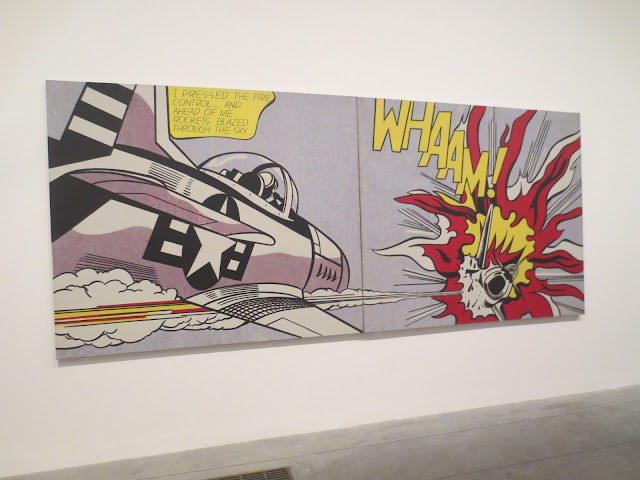 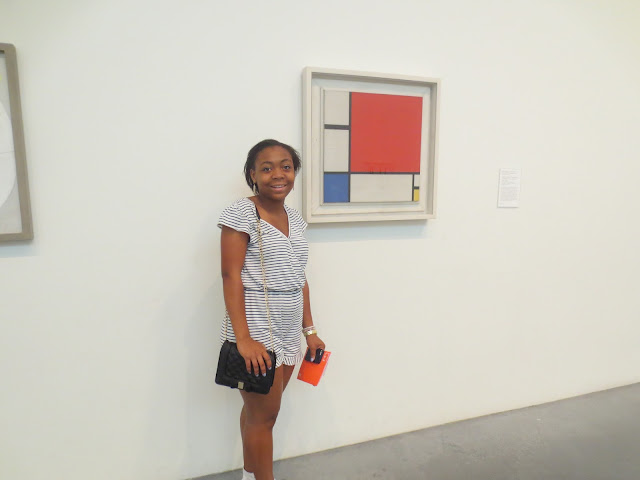 After leaving St. Paul's Cathedral, we walked across the bridge to the Tate Modern museum. As you all know I'm a sucker for art museums, and everyone said that this was the #1 museum to see in London! We enjoyed quite a few works, such as the Roy Lichenstein piece (my 2nd favorite artist ever), a Piet Mondrian composition, a Warhol piece, and few others. 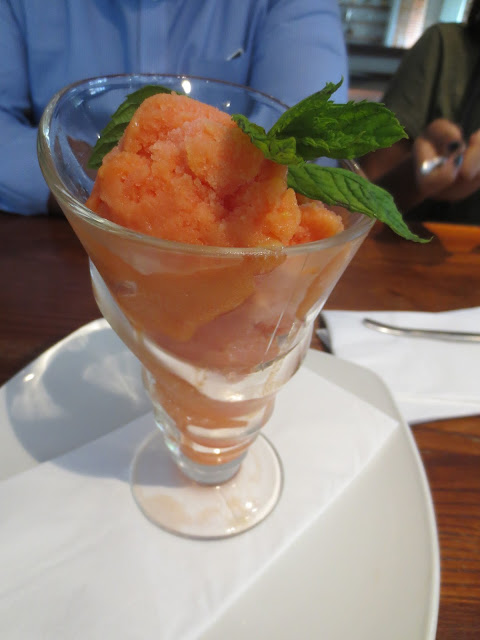 We stopped on our way back at a restaurant called Dion, where I had the most delicious burger ever. We originally stopped for a toilet break, and ordered some light dessert/snacks, but we quickly realized that we were all ready for lunch and ordered meals. Blood orange sorbet is a dessert I've never had before, and the one I shared with Olivia at Dion was one of the best sorbet's I've ever had - I've had way more than you probably think!

Due to room problems, we had to switch hotels from the W London to Le Meridien (where I am sitting writing this post, the internet is INCREDIBLE). After the Tate Museum, we (My Dad, Olivia and I) took the tube back to Piccadilly Circus and transferred rooms while Nigel and my mom headed to Hamley's Toy Store.  Nigel was extremely excited about the toy store, but mildly disappointed that it had many of the same things as FAO Schwarz from our NYC trip.

We reunited at the hotel for afternoon tea, an England experience my mom did not want to miss! As far as the tea, we had just eaten lunch so weren't as interested in the sweets, so I sipped on a delicious chamomile tea. I definitely recommend stopping for tea if you are in England, sitting down and having a conversation over tea midday is a daily activity that we need in America! 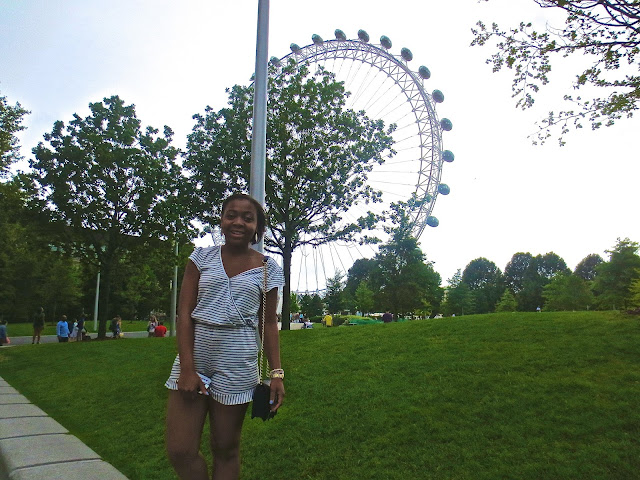 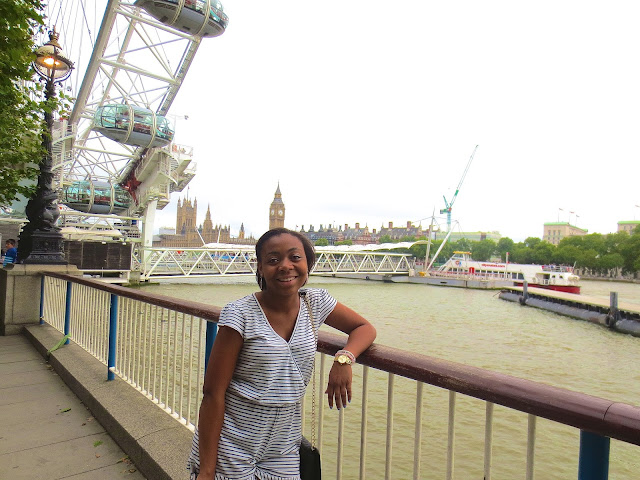 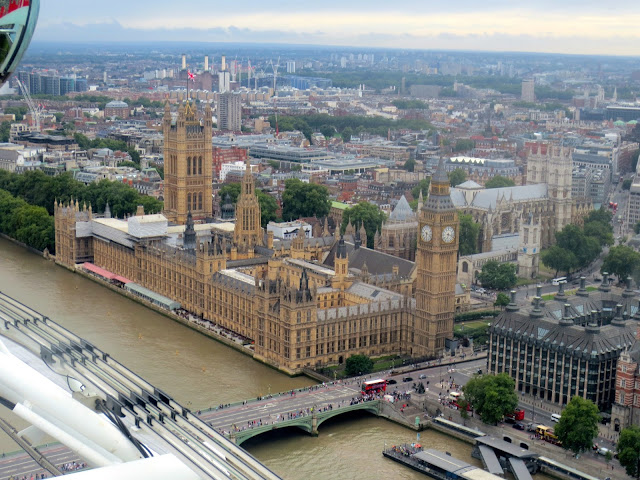 Following tea was the London Eye, one of the major tourist attractions I had to experience before leaving London! The line was super long when we arrived, so we purchased the fast track tickets in order to hop straight onto the ferris wheel! The view of the city was stunning, and although the tickets were expensive, I'd say they were definitely worth it! We had an incredible view of Big Ben/the Elizabeth Tower from the London Eye, and were able to take some incredible photos! 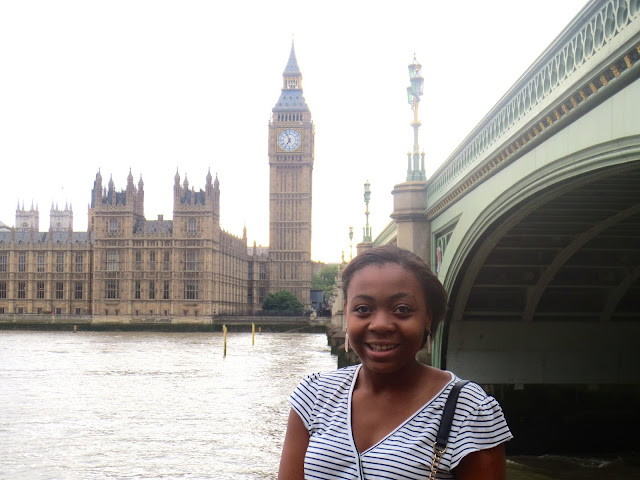 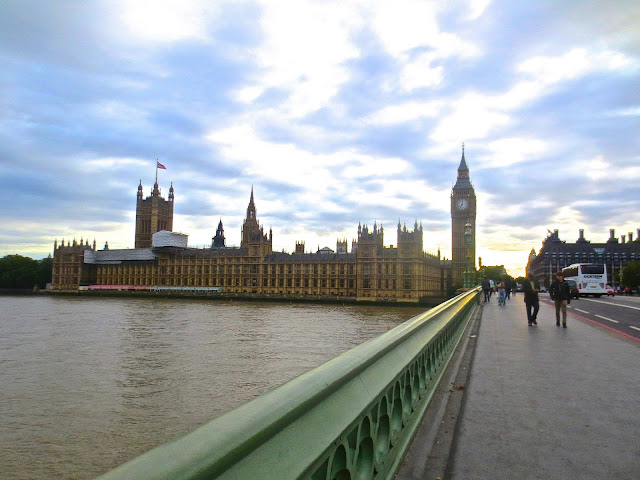 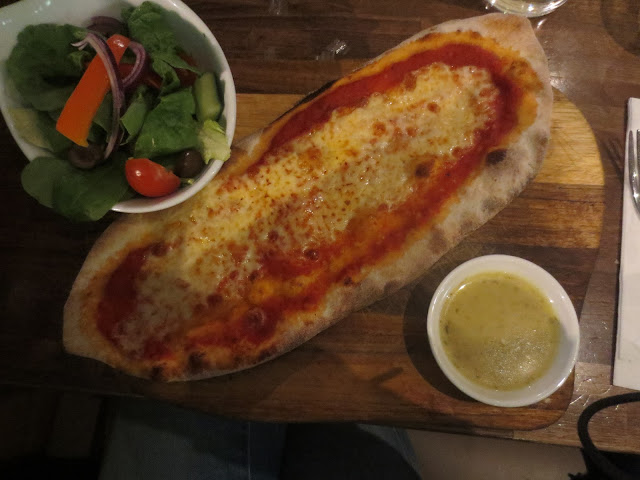 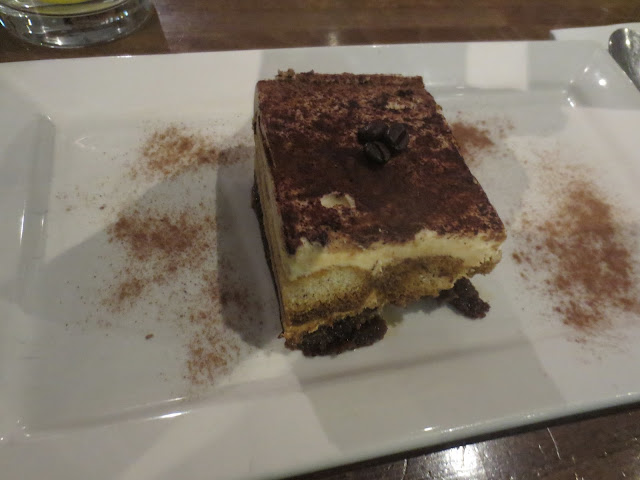 Once the ride was over, it immediately started raining, so we ran for cover under a bridge, and ended up with the most unbelievable view of Big Ben! We took some cool photos in from of the tower while the rain stopped, and then walked across the bridge to get closer photos and get on the tube to Piccadilly Circus! Once we got there we split once again for some shopping, after quickly returning to the hotel and changing into warmer clothes (it got real chilly real fast). We did a bit of shopping in the area, but not much as many of the shops were closed/closing, then ate dinner at a restaurant called Prezzo. Prezzo is a pizza place with incredible service and delicious food. Everything was good from my flatbread Margherita pizza to the tiramisu I ate for dessert!

The last day in London was incredible, and the perfect way to complete the trip. We had SO much fun in London, and hopefully I will return again soon! Don't forget to check out days 1 & 2, and also Ruth's London Recap posts! I'll be back later this week with my first post from the #BloggersBTS link up, xo Lauren!