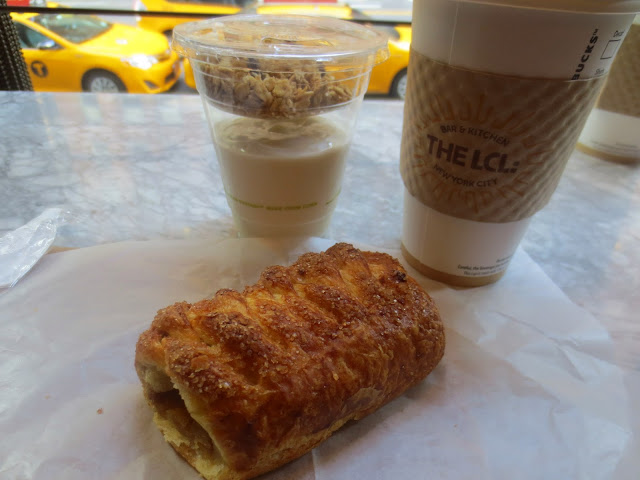 Saturday was jam-packed with activities, so I'm glad to be back in the car writing this post. We started at about 8:30 AM with breakfast at the hotel cafe. I had an apple cinnamon pastry, yogurt with granola, and a chai tea latte! 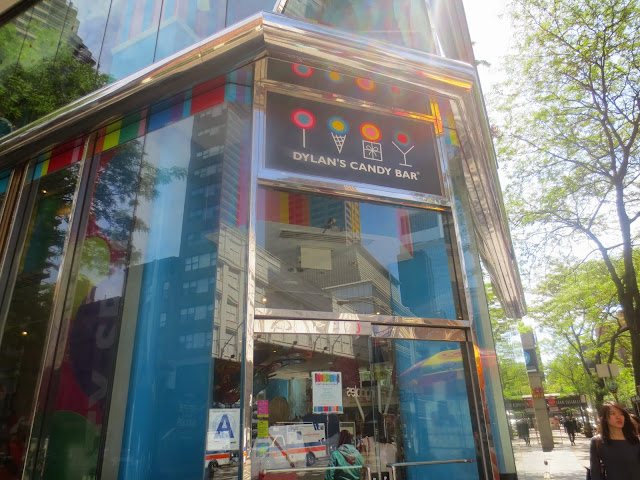 Next we took the metro to FAO Schwarz and explored the gigantic toy store! My little brother loved this and bought a bunch of toys! If you have time while in NYC I would definitely pop into the iconic toy store. We then walked a few blocks down to Dylan's Candy Bar, I place that I've been dying to go. The candy store was huge, by far the biggest one I've ever seen, so of course I bought a bag of candy. 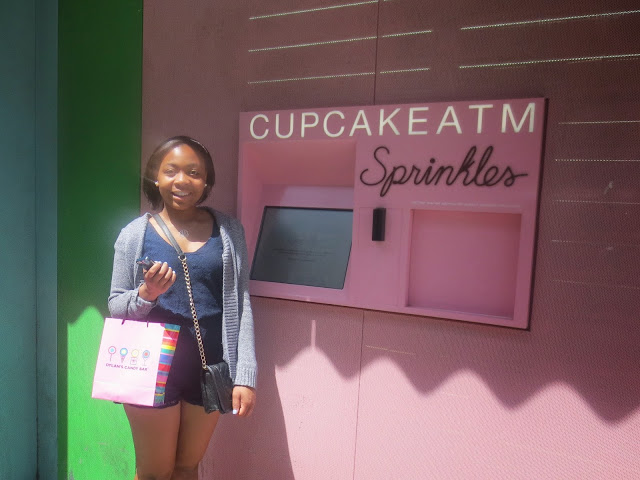 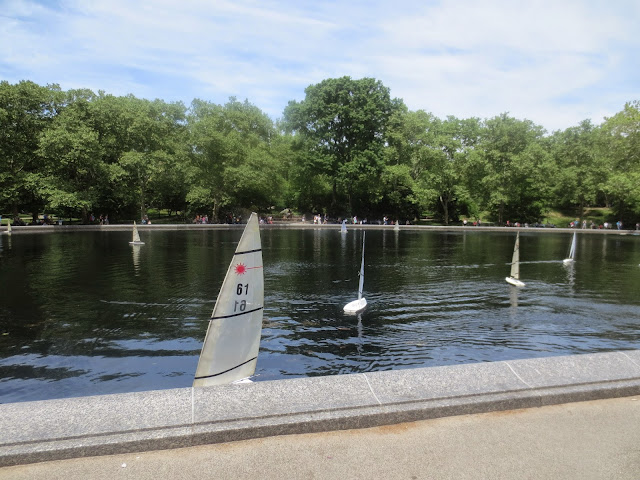 Before making our way to the Guggenheim, we stopped at Sprinkles cupcakes. It wasn't that long after breakfast, so we each got a mini cupcake, no surprise, I chose red velvet! They were so good, one of the better cupcakes I've had, but I wouldn't say they were better than Georgetown. We made our way to Central Park where we walked down to the Guggenheim, the walk ended up being much longer than we thought, so we hailed a cab for the last 12 blocks. Walking through the park was so nice and refreshing, we definitely want to come back next time and lay on a picnic blanket. 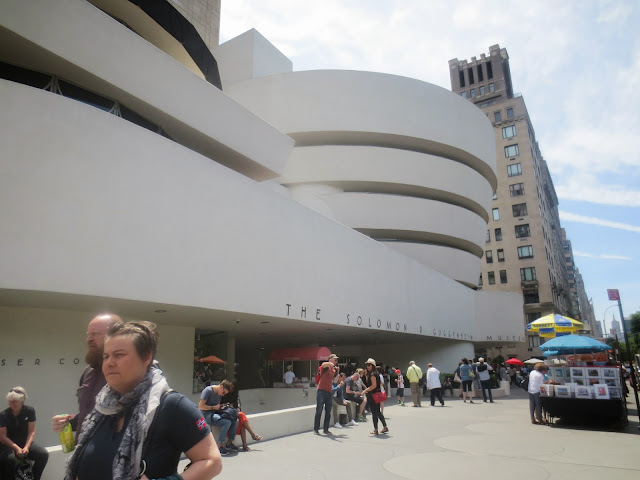 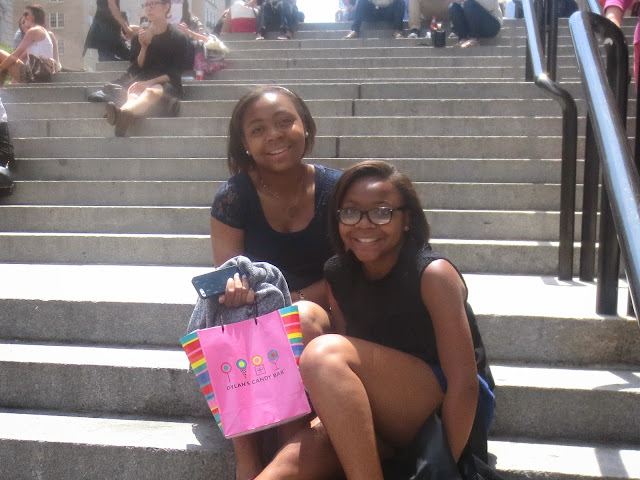 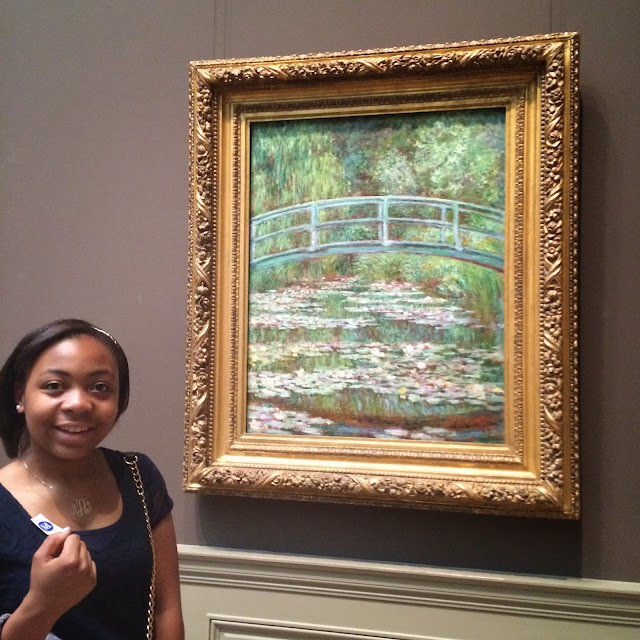 When we arrived at the Guggenheim, unfortunately a lot of the exhibits were closed, but we did see some pretty cool sculptures and paintings by Cezanne and Gaugin. We then walked up to the Met, where we obviously took a picture on the steps (Queen B and Little J)! The Met was great, I saw a bunch of works that I love including the Monet that I saw in Washington D.C.! Following the Met, we took a cab to Tavern on the Green, a restaurant located in Central Park. Tavern on the Green is a great restaurant, with a glass wall as well as patio seating to allow for a light and open atmosphere. I definitely recommend it if you are in NYC. 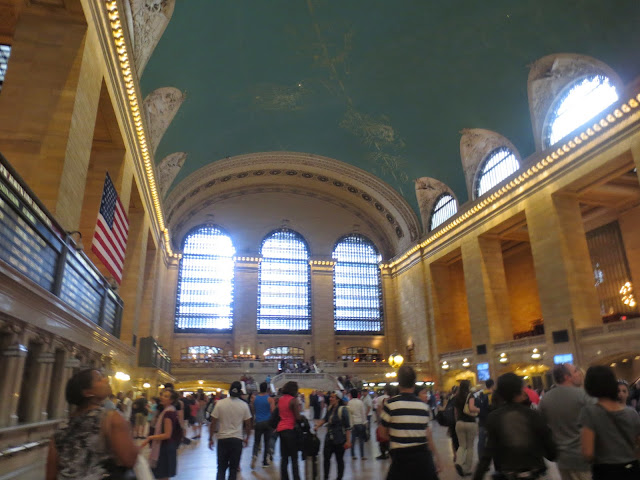 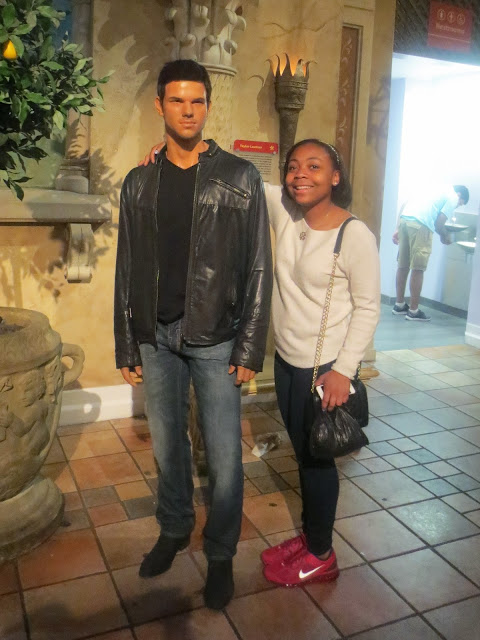 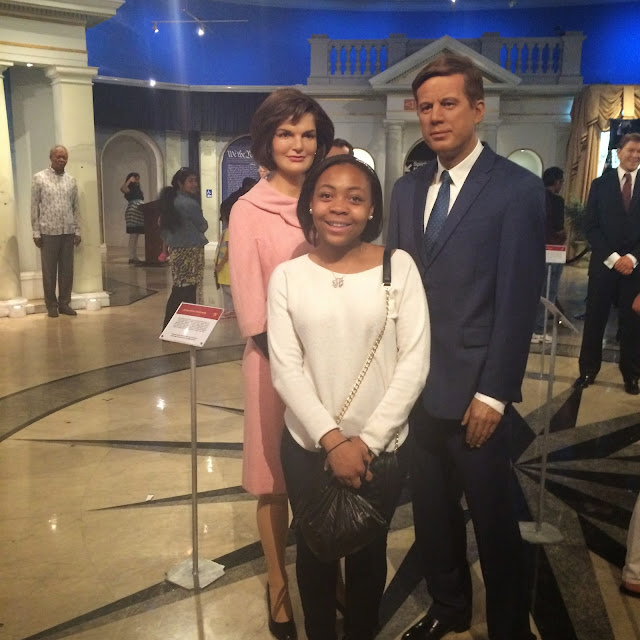 Following Tavern on the Green, we took the metro to Grand Central Terminal and walked around the main concourse. Grand Central did not disappoint, it was exactly like the movies! After walking to the hotel to change, we took the metro down to Times Square where we went to Madame Tussaud's wax figure museum. We saw all of our favorite celebrities, including my all-time favorite, Taylor Lautner! I couldn't resist getting a photo! We also saw the Obama's, the Kennedy's and the Avengers! For dinner, we walked around the corner to John's Pizzeria, where we enjoyed classic NYC pizza! Lastly, we made our way back to the hotel and turned in for the night!